Some people think that romance died in 2012.

Once stigmatized as a “hookup app” Tinder is now burning away inside the pockets of over 7 million single Americans.


Instead of meeting women at parties, gyms, weddings, and the like, many singles have instead opted to recline, pull down their pants, and swipe away for an indefinite period of time — or until they’re out of matches or are done with their business.

It’s this “romance-on-demand” capability that dating apps offer that is being accused of killing romance.

I beg to differ.

However, dating apps have certainly changed one thing — how we ask our romantic interests on a date.

Smartphones, dating apps, and the ease with which we can communicate have lobotomized the part of our brain responsible for wining and dining.

Nowadays the most common way a guy asks a potential date out is by shooting her an unimaginative, noncommittal text. Something like:

Women want specifics. They want effort. They want to be made to feel like they’re special and wanted… “hey wanna go out sometime?” ain’t cuttin’ it.

Show her that romance isn’t dead and that you’re the one that’s going to resurrect it by using one of these cute ways to ask a girl out.

Cute Ways To Ask A Girl Out

Before we dive into the many fairytale ways to ask a woman out, every way of asking a woman out should have something in common.

They should all use a TDL.

When it comes to asking a woman out TDL is your lodestar.


It stands for time, date, location.

It’s these three elements that every date request should have.

It’s because “Hey wanna go out sometime?” isn’t a request for a date.

Asking if they’re open to going out in the undefined future, that’s not a date.

To ask someone out you need to provide them with a concrete offer to see you romantically. An offer she can imagine, feel, taste, and of course either accept or reject.

Here’s an example of a TDL in action:

“Sam! It’s time to flex those bowling skills of yours. See you at Jimmie’s at 7 this Thursday?”

Not only do we see the time, date, and location all well-defined, but as you can infer from the message, Sam’s a bowler.

This is the most important aspect of really any date request.

You have to ask the person you want to date to do something she genuinely enjoys.

If she’s a hiker take her on a trail she’s never been on, if she’s a dog-lover go on a doggie date, and if she freakin’ loves donuts, go on a hunt for the sweetest most diabetes-filled donut you can find.


Not only does a date that involves doing something she’s into increase the likelihood she’ll say yes, but it’ll also make for an awesome first date.

Now that you know what information to include in a TDL, it’s time to use one of these cute ways to ask a girl out.

Hear me out for a second.

In today’s semi-anonymous dating scene, we love hiding behind screens.

We do so because we’re 1) lazy and 2) because getting rejected via text or a dating app doesn’t hurt as much.

This is why most women get asked out via text or through a dating app.

Phoning someone up isn’t the most imaginative way to ask a woman out, but in today’s day dialing her up and inviting her to go rock climbing this Friday will completely catch her off guard.

Asking her out over a phone call shows off your confidence and sets you apart from the rest of the pack. It shows her that you can carry out a normal conversation, it humanizes you, and increases the odds that she’ll say yes.

Before calling, have a script in hand. Practice your TDL and imagine how the conversation will go.

Perhaps you’re worried she’ll think that a phone call is a bit odd. If so, acknowledge that you could’ve asked her out via text but that, that’s just not your style.


The Sweetest Way To Ask A Woman Out. Period.

The next time you see her, give her, her favorite bar of whatever and tell her you saw this at the store and know it’s her favorite guilty snack so you just had to buy it.

Little does she know there’s a surprise inside.

Of course, be sure to use a TDL when asking her out.

In the note you slip inside the candy, acknowledge that this way of asking her out might be a bit too “sweet” for her liking, but that you’re no bland kind of guy.

After an hour or so if you haven’t heard back from her, shoot her a text and gauge her interest.

Make The Decision For Her

Women don’t always like being swept off their feet (especially when it’s not consensual).

But every once and a while we’re willing to make an exception.

Are there any super-duper cool events happening nearby and in the close-future?


Perhaps a tennis match, a John Mayer concert, or some other one-time big-time event that you know she’ll be into.

Print the tickets out and ask her what she’s up to on whatever day the event is. Pretty much regardless of what she says, tell her that in fact, her plans are to go out with you to this show. Then proceed to show her the tickets.

If you can’t do this in person do the same routine over the phone. Then text her two tickets to the show.

Again, we don’t always love being told what to do. However, we don’t mind being told to do something we love with a guy we’re into.

This way of asking a woman out is only really advised if 1) you pretty much know she’ll say yes 2) or you’re unsure but you still have someone to go to the event if she can’t go.

Here’s one of my all time cute ways to ask a girl out….

Wake it up by using some of the same old tricks your pops used to use.

That involves not hiding behind the screen and instead embracing the awkwardness, confidence, and every other emotion and feeling that comes with asking a woman out just a foot from her face.

Ready your script, do some pushups before asking her out, and find in yourself the confidence to ask this woman out face-to-face.

Chances are this is someone that you’ll see again in the future.


The worst thing you can do is burn bridges or behave in such a way that forever makes this woman want to run and hide when she sees you.

Handle defeat with grace, accept her response and reasoning. If you’re good at reading the room perhaps tell her that you can’t promise that you won’t try again at a later time but that you’ll let her be for now.

Let’s be serious if you’re reading this article it’s because you already have a lovely lady in mind that you’d like to see romantically.

But she doesn’t know that.

The next time you guys are laughing it up bring up that fact that you guys get along quite well and that you think you should go on a date.

Behave as if this was both a spontaneous thought and this amazing idea that seemingly came out of nowhere.

Doing so will catch her off guard.

Timing here is everything.

The best time to ask her out would be just after making her face contort itself so it resembles something like this:

Catch her when she’s in a great mood.


“You know what, I just had this crazy idea. We should go on a date.”

In an ideal world, you’d then ask her on a date that has something to do with what you two were just talking about. That could be a hike, watering hole you’ve both been wanting to go to, a picnic at the beach, whatever.

If she calls out your fake spontaneity, come clean. Tell her you had actually been playing with the idea for a while now and finally want to make it a reality.

Maybe she’s a co-worker that you slipped out to grab lunch with or an acquaintance you met at a party that you asked to make a beer run with.

When you’re on this side-activity, jokingly ask her how she’s enjoying your first date together.

Tell her that you don’t normally go on beer runs or grab coffee at lunch for a first date but that you’re enjoying yourself.

After saying this she’ll do one of two things.

1) She’ll giggle hardcore and joke along with you.

2) She’ll get creeped out and make it known either through verbals or via her non-verbal queues that she’s not into the idea.

If she freaks, she’s not into you.

If she jokes around she’s most likely into the idea of going on a real date.

It’s at this time that you can either capitalize on the moment and pose to go on a real date or wait until the next day to ask her.

Either way, you’ll want to strike while the fire’s burning.

This one works only if you two are music buffs and have already been exchanging songs.

For all those that are thinking, “well, no one does that, this doesn’t apply to me” — I’ve got news for you.


Everyone with ears like music. Hell, even deaf people enjoy music.

After talking about music — a subject that literally every human can speak on — shoot her over a few songs.

Should she like those, build her a First Date Playlist.

Tell her you just made this playlist for her and shoot it over. She’ll no doubt understand your intentions from the name of the playlist. After you send it ask her on a date where you can play said playlist.

There are a billion cute ways to ask a girl out. These ideas are just at the top of that list.

A guiding principle here is that the more certain you are that she’ll say yes and the better you know her, the cuter you can make your date request.

If you’re still wondering about the best ways to ask a woman out, you should talk to someone that’s been asked out by literally hundreds of men (and has documented her experience). 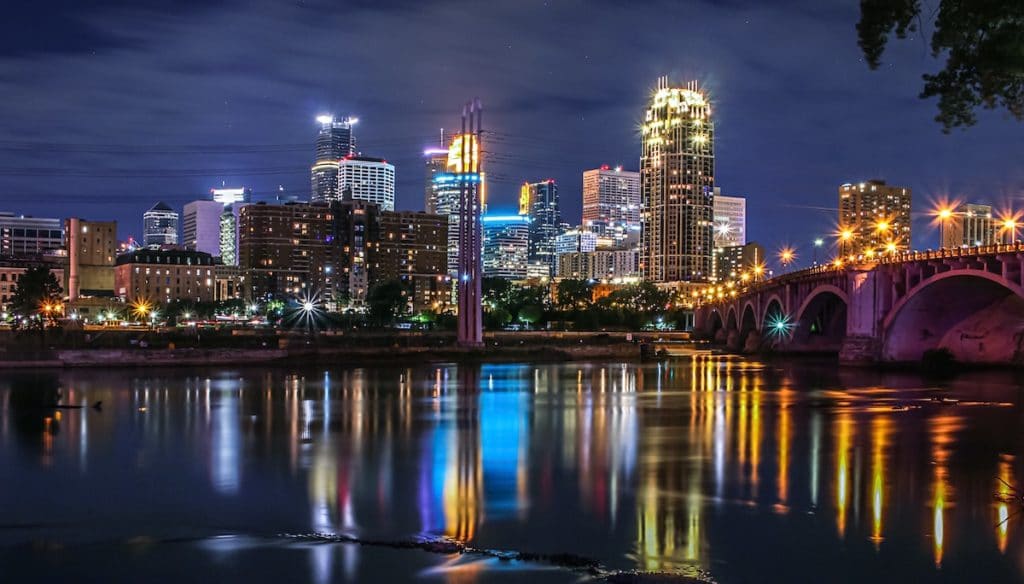 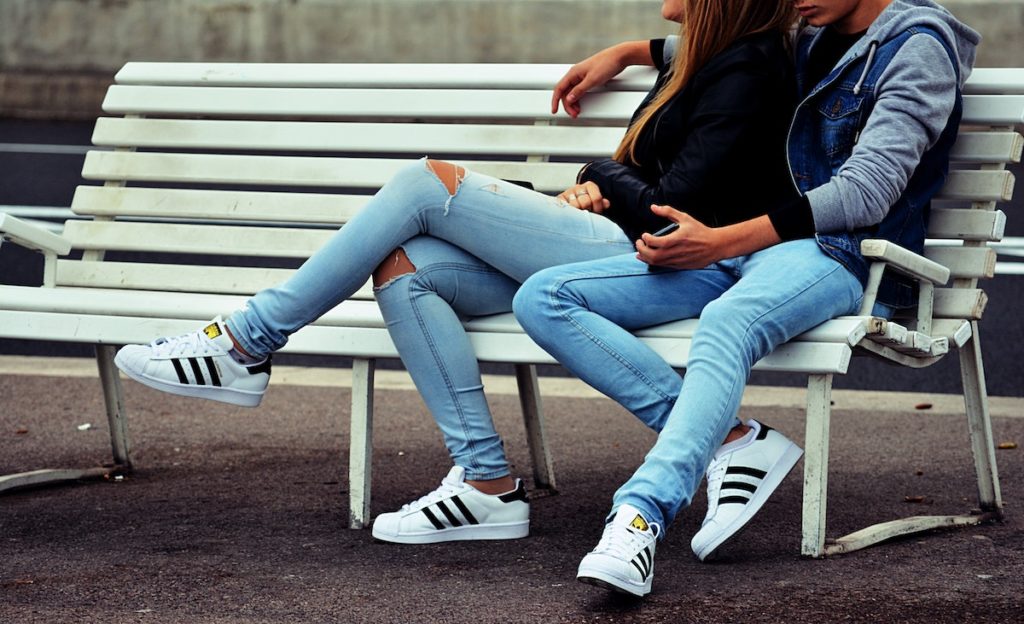 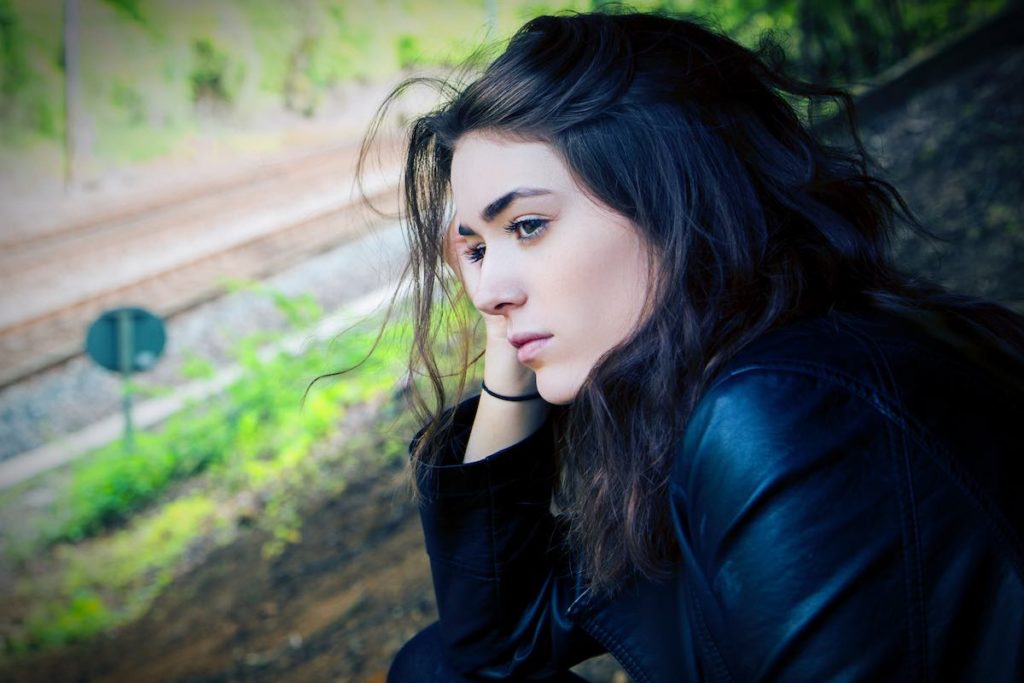 Why Did She Push Me Away?