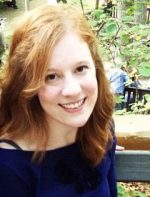 Have you heard of serendipidating? It’s the latest dating trend you never asked for and you should avoid it at all costs.

So what exactly is serendipidating, other than a word with way too many syllables?


Derived from the word serendipity (which is defined as a development of events by luck or chance), serendipidating has been described as “putting off a date in hopes something better comes along.” It’s sort of like ghosting someone before you even had a chance to meet them.

If this sounds shady AF, that’s because it is. But here’s the things…

You may be serendipidating somebody right now and not even realize it. In fact, I myself have been guilty of serendipidating in the past. But by consistently taking part in this pervasive dating trend, you may be inadvertently sabotaging your chances of meeting a potentially awesome long-term partner.

(Sidebar: my spellcheck hates me for writing serendipidating so many times. Damn, I did it again!)

To stop the sabotage and start toward a more successful route, let’s take a closer look at this insidious trend and the ways you can avoid it.

This counterproductive dating trend is most prevalent in the online dating world. Have you ever matched with someone on a dating app and began a conversation, only to have it devolve into nothing? ME TOO!

One of the biggest points of frustration I — and my friends — have encountered while using online dating apps and websites is being matched with several different people, starting a conversation with some of those guys, only to NEVER meet face-to-face.

Here’s one example of how a serendipidating conversation may go down:

You: Hey, so it’s been really great talking to you. Would you want to meet up for a drink some time?

Her: Yeah, that would be great!


You: Cool, when are you free?

Her: Well, this week’s actually pretty busy. Maybe Tuesday, but I’m not sure if something’s going to be happening that night. What about you?

You: I could do Sunday evening? There might be something going on during the day, but that night might work. I’ll have to keep you posted

Her: Sunday might work! I have to check, there’s this thing I said I might be going to, but that’s up in the air.

You: Hey how’s it going?

Her: Hey! Pretty good, can’t complain. I wish it would stop raining.


And one more example:

Well that was a big ol’ waste of time for you and her, wasn’t it?

The common thread tying each of these situations together is that a conversation started that led to nothing. No plans were made, and even when they started to be made, the idea that something MIGHT come up that you loosely agreed to got in the way of ever securing a date.

Why is Serendipidating a Thing?

Some of us may participate in this trend and not even realize it. Have you ever put off making concrete plans — whether that be a date or something else — because you were worried that something better might come along?

Why commit to something where the result is unknown (i.e., you could commit to a date with one of your dating matches and it could go terribly) when there might be a better option waiting in the wings? And thanks to things like social media, if there happened to be a really awesome party or concert the same night of that AWFUL (albeit, hypothetical) date you agreed to, you’ll have to see images and videos of friends plastered across social media living it up without you.

The above scenario illustrates a serious case of FOMO. The acronym FOMO (fear of missing out) has become a common part of modern vernacular for a reason. When it comes to modern dating culture, FOMO isn’t something that ends up serving us well, despite the idea being rooted in getting the best out of life.

When you constantly worry about the next best thing, you actually end up sabotaging yourself and miss out on a variety of great experiences — and that “best thing” could have been mixed up in one of them. Serendipidating feeds a fear of commitment that can prevent you from an active dating life and from ultimately finding a long-term relationship.

One thing that has helped me build confidence, find success and have fun in the dating world is megadating. Megadating (which also happens to be the EmLovz mantra) is the process of filling your social calendar by dating multiple people at once.

When I was having trouble meeting anyone on dating apps in the past, I changed my strategy to one that follows the EmLovz way of thinking and watched my social calendar get filled up.

Megadating also helps you see that there are plenty of fish in the sea, so you won’t run the risk of settling for the mediocre. Doing this can also help you cope with things like rejection and can also make you naturally more appealing to potential partners.

If you want to learn more, head over to Emyli’s calendar and book a 1-on-1 Skype session today. If you need guidance on online dating, EmLovz also offers Dating Profile Services, as well as a comprehensive online dating course.

Giving up on Dating? 10 Reasons Not To + 9 Powerful Alternatives