Wondering why women don’t respond on dating apps (as much as you want them to)?

Novelist Margaret Atwood, author of The Handmaid’s Tale, once wrote that when she asked a male friend why men feel threatened by women, he replied, “They’re afraid women will laugh at them.” And when she later asked a group of women why they feel threatened by men, they said, “We’re afraid of being killed.”

Sounds like an exaggeration, but it’s true. And as crazy as it sounds, this is often why women don’t respond on dating apps.


Bottom line, women won’t respond to you if they feel afraid for any reason, even unconsciously. So the question is, do you inadvertently give woman signals that you are unsafe? This could be the reason why they ignore your message, swipe left on your photo, or ghost you in a conversation.

You might think this sounds paranoid. But as Atwood points out, while a man’s biggest fear when dating is ridicule, for women, it’s violence. In fact, the number one thing a woman asks herself on a dating app or messaging a stranger is, “Could I be in danger?”

That’s why women are so hypervigilant when it comes to making sure their dates are safe. Consider for example, what happened to 24-year-old Sydney Loofe — a horrifying nightmare, which only fuels the fear of dating apps in the minds of women everywhere.

The Case of the “Tinder Killer”

Sydney Loofe, a 24-year-old woman in Nebraska, responded to a Tinder profile of a woman named “Audrey,” 25, in November 2017. Agreeing to go on a date with her, Loofe seemed to keep her own safety in mind by confirming with “Audrey” that it would just be the two of them on the date. The first date went normally; but the second date went horribly awry.

“Audrey” turned out to be a woman named Bailey Boswell, the girlfriend of Aubrey Trail, a 52-year-old man who is now accused of operating a sex cult. After the second date with Boswell, Loofe went missing for days, only to be found dead later in a rural area about 90 miles away. Boswell and Trail, who had been professing their innocence on Facebook the whole time Loofe was missing, have since been charged with Loofe’s murder.

Trail has now admitted to killing Loofe but claimed it was accidental, saying he paid Loofe $5000 participate in a sex game involving choking that went “too far.” However, there is no evidence that Loofe consented. Both Trail and Boswell have been charged with first-degree murder. Trail is on trial as of this writing, and Boswell will face trial in October.

The case of the Tinder Killer is an extreme example of what can go wrong after meeting strangers on dating apps. But most women experience some level of fear practically every day, whether they’re aware of it or not  — an experience that men simply don’t have.

If you don’t agree, then at least consider what it’s like to be a woman for a moment. Comedian Dave Chapelle brilliantly illustrated this in his recent Netflix standup special, The Bird Revelation. In his routine, he gave the “$25,000 analogy” for what it must be like to walk around in society as a female. It’s both hilarious and thought-provoking.

“I used to do shows for drug dealers that wanted to clean their money up. One time I did a real good set and … they gave me $25,000 in cash … I jumped on the subway and started heading towards Brooklyn at one o’clock in the morning. Never been that terrified in my life. I’d never in my life had something that somebody else would want. I thought to myself, “Jesus Christ, if m*********s knew how much money I had in this backpack, they’d kill me for it.” Then I thought: “Holy sh*t, what if I had a p***y on me all the time? That’s what women are dealing with … If those same drug dealers gave me a p***y and said, ‘Put it in your backpack and take it to Brooklyn,’ I’d be like … ‘I can’t accept this.’”

The Story is Pretty Raw, But It Points at a Social Truth That’s Hard to Ignore

In a society where women are almost always at a physical disadvantage to men, we are MUCH more aware of our safety. And for good reason: Despite growing awareness of sex crimes against men, the fact is that most victims of rape are female. In fact, 1 out of every 6 American women have been victims of rape or attempted rape, compared to only 1 out of 33 men. Needless to say, it gives us a lot to think about when we’re walking back to our cars at night. Or doing anything. Actually, here’s a list of things we actually skip doing, simply because we’re afraid of being attacked. It’s exhausting.

Even worse, women often aren’t taught how to work through fear, which makes them even more anxiety-prone as adults. Parents hug and comfort little girls when they’re scared, while boys are taught to push through and overcome it. Studies show that by the time they’re 15 years old, girls are six times more likely to have an anxiety disorder than boys are.


Would You Fail a Woman’s “Safety Test?”

Because of the fear she lives with every day, a woman’s primary concern when it comes to dating is usually safety. If you don’t realize this, you will make subtle mistakes when you interact with women on dating apps, such as:

You might think it’s a good idea to be “persistent,” but it can actually feel controlling or aggressive in some cases. So, just chill. If she hasn’t responded, there is probably a reason. Here’s an example of what not to do.

Going overboard with compliments on her appearance

She knows you must find her attractive, since you messaged her. But the more you harp on it, the more she may feel objectified, which sets off ALL kinds of alarm bells in her head. Best to just focus on what you have in common.

Getting angry all of a sudden

No doubt, interacting with people on dating apps can be frustrating. Especially if she doesn’t respond, says she’s “too busy” to meet, or otherwise gives you the runaround, it may be tempting to say something sarcastic or even rude. Don’t. If you snap on her, she’ll immediately question your emotional stability.

Remember, the most important thing is that a woman needs to trust you — so keep this in mind when deciding how to present yourself. In other words, how will you look when she runs you through her “safety filter”?

Besides avoiding the above mistakes, here are a couple of things you can do to improve her perception of you. 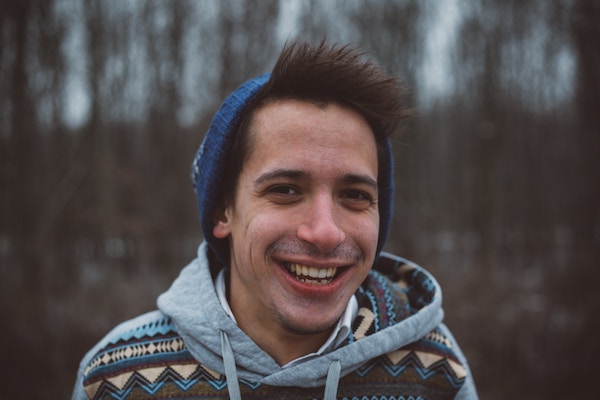 Smiling with direct eye contact increases attraction, says one study from Aberdeen University in Scotland. So, just because you think you look better when you’re not smiling in your photos doesn’t mean the rest of the world agrees. In fact, as insignificant as it may seem to you, it’s one of the reasons why women don’t respond on dating apps. Don’t believe me? Test them out on Photofeeler and you’ll see. 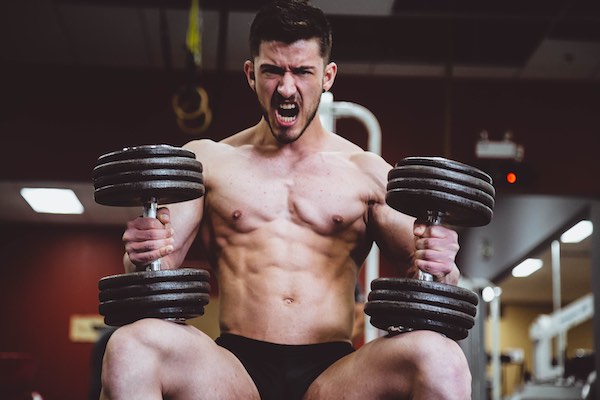 Some men think that using photos of themselves pumping iron at the gym in their dating profile is a good idea. It can be, but only if you’re smiling and making eye contact. The guy in the image above completely missed the mark.

If you’re not smiling and you have big muscles, a woman’s first thought will be that you look threatening. This is what I call “scary muscles.” Woman swipe left on guys with scary muscles. However, if you smile, make eye contact with the camera, and you have big muscles, then you demonstrate to a woman that you take care of yourself and that you can protect her from danger. This is what I call “happy muscles.” Men with happy muscles get a lot more swipe rights.

It must suck as a guy to feel like every little thing you do is scrutinized as a potential threat to women. After all, you aren’t a perpetrator – so why should you have to accommodate all of these fears?

The truth is, you don’t, but that still won’t change anything. Women will continue to be on guard, and your actions could still trigger unwanted results. All of this will just make dating harder. So when thinking about why women don’t respond on dating apps, be willing to look at your own actions and adjust what you can, even if you don’t necessarily relate to what her mindset is. It’ll go a long way toward showcasing your best qualities, not to mention increasing your chances of getting dates.

That being said, sometimes an outside opinion can help you better understand how you come across to women, both in your profile photos, messages, your real world strategy, and many other places. If you want personalized advice on your interactions with women on dating apps or in the real world, book a 1-on-1 New Client Skype Session with me and we can analyze how you’ve been approaching women, to make sure you’re on the right track.


During our new client session we’ll also discuss any other dating challenges you might be experiencing. We’ll also spend some time creating a new dating strategy which will help you move the ball forward in a few new ways. Lastly, we’ll discuss my 3 month coaching program to see if it will help you reach your goals of finding a girlfriend or relationship even faster. To learn more about my program, feel free and watch my webinar here. 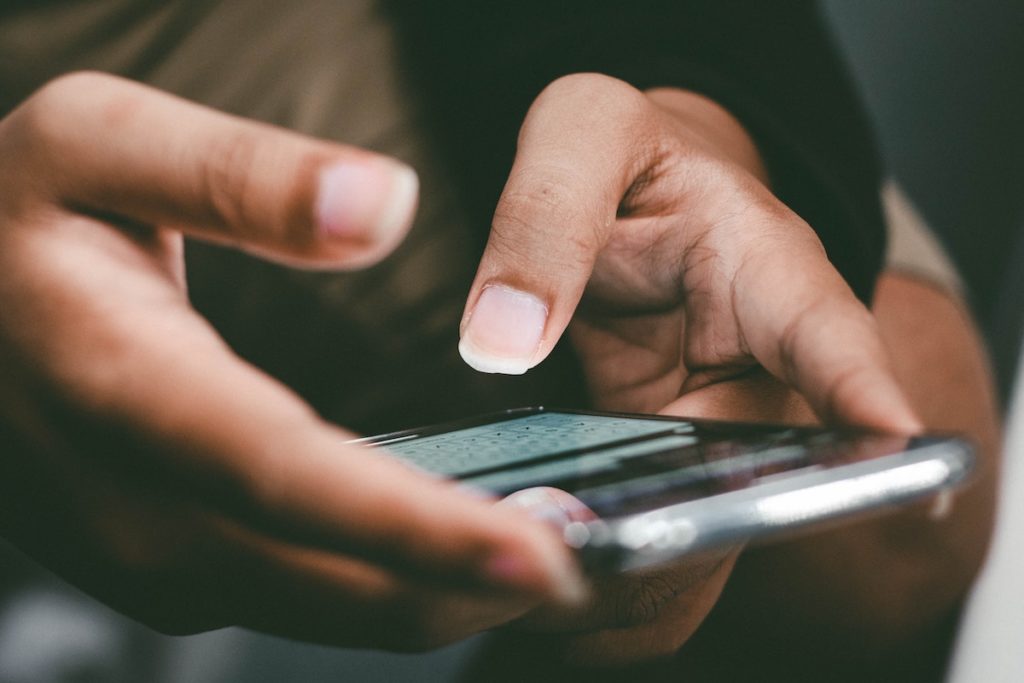