You’re always a spark away from turning a friend into a girlfriend.

For the most part, the framework has been laid.

You two get along, you laugh together, perhaps have cried together, binge together, cook together, and confide in each other.


You two would probably make a decent couple — but there’s one thing missing.

In this article we’ll teach you how to create that spark with nothing more than tinder and flint (no not that Tinder).

How To Turn A Friend Into A Girlfriend

For whatever reason, your feelings have changed.

You were once satisfied with keeping things platonic but now want to transition from the friend-zone to the end-zone.

It might not be easy but that doesn’t mean it’s not possible or wasn’t mean to be.

Here’s a step-by-step roadmap that will hopefully light your friendship ablaze.

Step One: Invite Her Out For A Friendly Coffee Or Drink

This isn’t a date.


If it were a date you wouldn’t need to be reading this.

Instead, this is an exploratory get-together.

When you ask her for a drink, don’t make her think it’s a date, again, it’s not.

However, considering how you might talk about some pretty intimate stuff you’ll want to make sure that the location is intimate and quiet all the while still being public.

This shouldn’t be considered a “date” because your pre-existing relationship is predicated on friendship.

Instead, this is a chance for you to find out if there’s a possibility of steaming this relationship up.

This is a fact and feelings-finding mission.

So what kind of facts and feelings should you be looking for?

— Is she dating around/how’s her dating life going?

— Is she recently heartbroken?

— How does she respond to your touches?

— Is she curious about your dating life?

— Is she nervous talking about your love life?

Don’t necessarily turn this into an interview, but ask enough questions and talk about her romantic life enough until you understand how you fit in.

Also, keep in mind that just because she might be dating around doesn’t mean that you can swoop in for the steal.

Dating around is far different than being settled down with her soulmate.

What you need to be paying attention to is whether or not she indicates that she’s super interested in someone she’s dating. That may be a sign to back off. If she had feelings for you she might think better than to deter your overtures by talking about another dude.


This is also the perfect time to start flirting with her.

Here are a few lines you can use that will help quickly change gears and wake up any dormant feelings she has for you:

— You’re so hitting on me right now

— You’re falling in love with me aren’t you

— Aww you’re flirting with me

Use lines like these to tease a reaction out of her — ideally, one that’s revealing.

She might just reveal her cards and show her interest, at which point you pounce.

Just in case you’re wondering, these lines would be used in jest. Just be sure to use them at the right time and with the right tone.

While talking about each other’s dating lives — or after having used one of these lines — half-jokingly ask why you two have never gone on a date. Bring it up almost as if it’s never occurred to you before. You can also broach it as a thought experiment almost.

Tell her, “Why do you think we’ve never dated before?”

“Do you think we’d be a good couple?”

You’re not revealing your cards because you’re just asking a bunch of what-ifs.

Not to mention that by asking her first she may reveal her thoughts before you do yours.

If she says something like, “Ew no, you’re like my brother” then maybe you don’t ask her out and try MegaDating instead.

If she gives you a lukewarm or slightly positive answer you can continue on with this fantasy.

You have the option here to play it cool and mirror her feelings. Should she respond positively build the conversation up and suggest that you two in fact go on a date. If the signs indicate that it’s safe to do so, tell her that you’ve imagined once or twice in the past what dating her would be like and think that you guys make good friends, why can’t you make a great couple.

At this point, you’ll want to hit her with a pretty compelling TDL.

Ask her out on a date that’s too good to say not to.

Ask her to a concert, to an awesome new restaurant that just opened up — ask her to do something you know she likes.

Considering you two are already friends this should be easy enough to do.

Let’s hit that reverse button for a second.

Keep pressing it until you’re back to the point before you jokingly ask if you two would make a good couple.

Let’s imagine for a second that you don’t go this route.

If that’s the case reading her body language is the next step towards turning a friend into a girlfriend.

Pay attention to the signals she gives you.

— Play with her hair

— Laugh just a bit too loud

— Find reasons to touch you


These are all signs of interest.

How often and how many she does will indicate her interest.

Us women know how to be subtle.

We may not come out and profess our love to you in an epic poem, but we will use non-verbals to send signals.

It’s your job to pick up what we’re putting down.

Knowing how to read her signals is like stealing a baseball coach’s signs.

Step Four: Tell Her How You Feel And Invite Her On A Date

If all signs are a go — meaning she’s giving you lots of positive body language signals, asking about your romantic life, and picking up what you’re putting down — be direct and tell her how you feel.

Look this is a bomb you’ve been holding inside for a while, now it’s time to drop it.

Ideally, you’d segue into this after talking about relationships.


It’s at this point that you’ll want to tell her how you feel.

Now, there’s no need to gush, simply tell her that you’d like to explore changing the dynamic of your relationship.

“So I’ve kinda been into you as more than a friend lately and think we should go on a date and see what happens.”

There’s no reason to be dramatic here.

Keep things light and ask her out as if it’s not a big deal — because it’s honestly not.

Look you don’t want to ruin the relationship you have — be sure to tell her this — but at the same time you would regret keeping your mouth shut and your feelings hidden.

If she’s open to it, tell her you’d like to take her on a proper date and close for the date using a TDL.

Step Five: Prepare For The Best And Worst-Case Scenarios

Write out or imagine the absolute best and worst-case scenarios that you can think of and how you would handle each.

When we define/clearly outline our fears, they lose power and that can help us to go after what we want.

Chances are high that she isn’t going to pull out a gun or run away screaming because you tell her you have a crush. So why fear the consequences of rejection so much that it shuts you down.

Either way, it’s a compliment that you like her and even if she’s not feeling the same way, the gesture will stroke her ego.

To avoid the worst-case scenario (you losing a friend) invest time into ensuring her that doesn’t happen. You can do this by convincing her through your behavior that you’re a chill, understanding, and above all respectful guy. If you can do these things you won’t lose a friend along with a romantic prospect.


The best-case scenario is that she’s been feeling the same way and is down to clown.

If this happens be ready with a kick-ass TDL. Also, be ready for things to quickly escalate.

Chances are you’ll tell her at a bar after a drink or two. The night may culminate in a kiss (or something more R-rated) so be ready for this outcome.

Let’s Talk About Courage For A Moment

The reason you’re here most likely isn’t to learn specific steps you can take to make the wooing process easier.

Chances are you’re here because you’re frightened and are in need of courage.

To build up your courage your arm yourself with dating advice by reading articles such as these.

This is well and good but perhaps someone who isn’t a dating coach could serve you better than myself.

Let me introduce you to Jia Jiang.

Jang is not a master of persuasion and he’s certainly not a womanizer.

He is, or rather was, a man frightened of his own shadow.

To put a stop to his fear he decided to get rejected for 100 straight days.

What Jia learned from his rejection therapy wasn’t how to vanquish fear, but how to manage it.

By repeatedly putting himself in fear-inducing situations he was able to lessen the blow he felt when he was inevitably rejected.

While I don’t advise getting rejected in the same way Jia did, you can apply his philosophy when MegaDating. MegaDating involves dating various women at the same time. It involves finding dates online, through friends, asking women out from your gym, yoga class, etc.

Obviously, if you date around often enough you’re bound to be rejected.

Sure this sucks, but if you’re not getting rejected you’re not trying.

Case in point, if your fear is emotionally blocking you from asking out your friend you’ll never take your relationship to the next level.

Let’s Go Get The Girl!

You’ve got the steps, now it’s time to get walking.

But I understand that just because someone tells you how to do something doesn’t mean you’ll do it.

We’ve got you covered.

When we team up you’ll have the option of joining 12 private or group coaching sessions. We’ll teach you the ins and out of MegaDating, how to turn a friend into a girlfriend, how to create a bomb online dating profile, etc.

We’ll also put you on a mock date where you date one of our coaches after which they’ll provide you with feedback.

Get started today by booking a new client zoom session with me or one of my colleagues today! 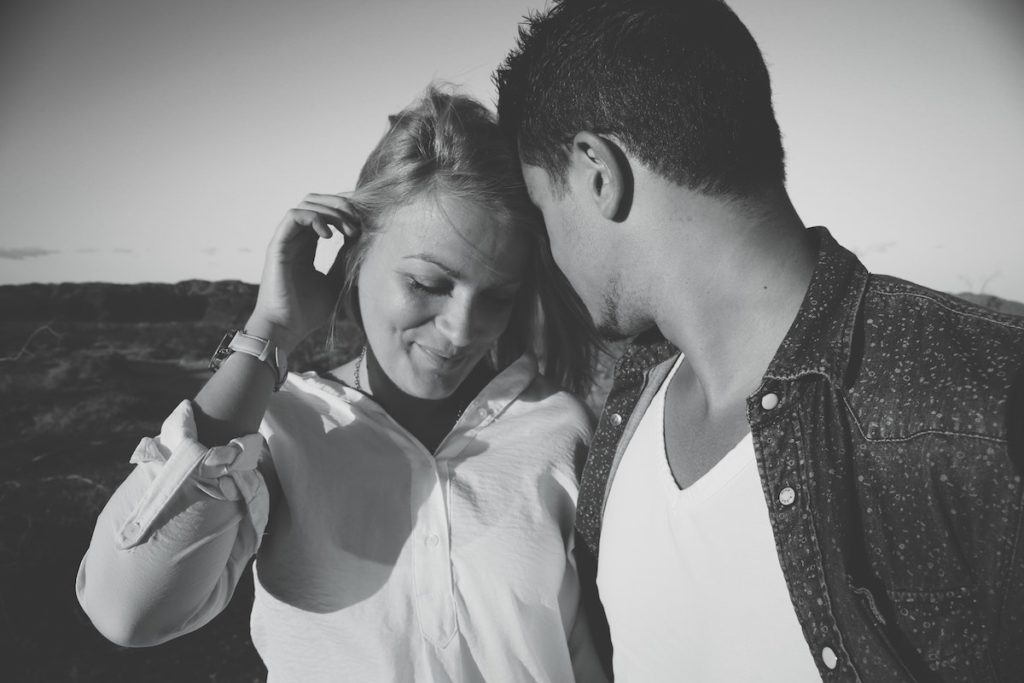 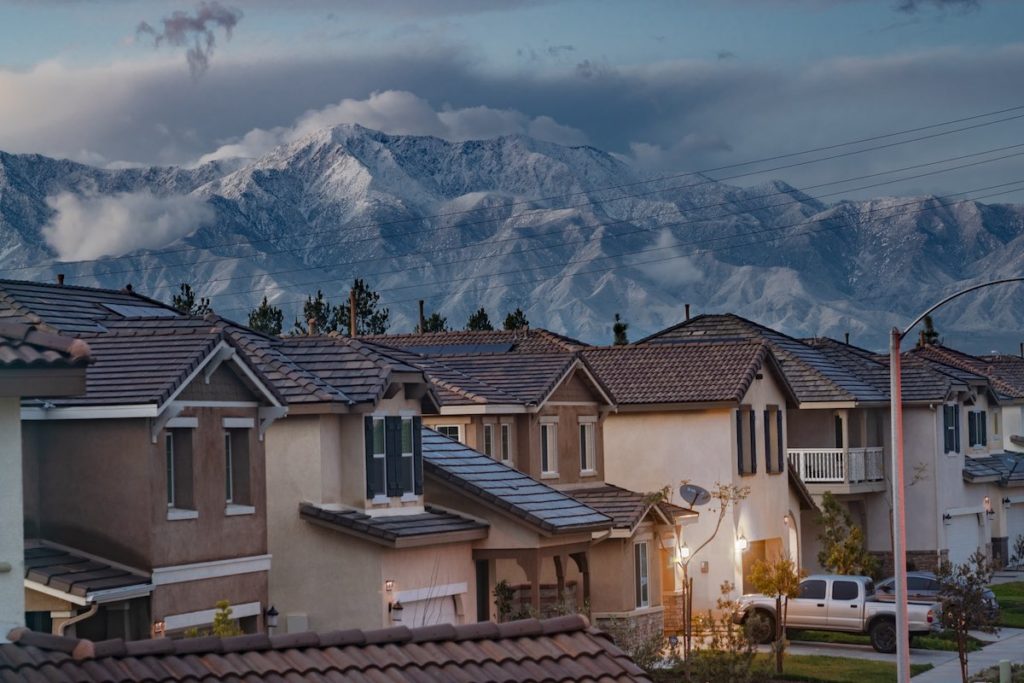