Well, this is weird.

You’ve gone on three dates thus far. To the park, to the skating rink, and to your bedroom — ayo!

But despite your rapid success, something quite odd has happened.


After your most recent date, she pulled away.

There was no indication that she was about to pull away. You two had gone on kickass dates, smooched, and even made plans to see each other again.

But suddenly she’s turned down plans to meet up and seems to be waiting longer and longer to respond to your texts.

Why Women Pull Away & What To Do About It

Look, ignoring you for a few days or canceling plans isn’t a sign that the relationship is on the fritz.

When something important to us — especially a relationship — takes a negative turn we often feel as though it happened as a consequence of our own actions.

As a species we really need to work on not being so egocentric.

Realize that she’s living a life as complex as your own. There are literally a million reasons she pulled back.


What’s important is to not give up or speculate from afar.

What is important is getting answers.

To do this you’ll have to reveal your cards and tell her how you’re feeling.

Chances are she’s distant for some reason that will blow over soon enough. You have the option of holding back and waiting out the emotional storm until it passes. But if a couple of weeks have passed and you have no idea why she’s so distant it’s time to have a chat.

Start off by simply asking her if everything is all right.

Never start a sensitive conversation by being the aggressor and placing blame on the other person. At the same time don’t act all ‘woe is me’ when you broach the conversation.

With a cool head, text her asking how she’s feeling and acknowledge that she’s been distant. This text alone opens the door and gives her the chance to not only express herself but also to give you the ax if that’s what she’s been waiting to do.

Ideally, you two talk in person, but this depends on how young the relationship is. If it’s just been a few dates, talk via text, if you two are in a relationship with a label, have it in person.

The case may be that she’s not ready to end things, but her feelings toward you are lukewarm. If this is the case, how she feels about you is much more complex than expected.

It’s this complexity that is difficult to convey via text. Texting conversations have a tendency to drag on forever, never really reaching any kind of meaningful end because the medium being used to express oneself is highly flawed.

Sure it may be a bit more emotionally taxing, but important conversations are meant to have face to face.


If you do talk in person, start the conversation by talking about how you’re feeling. Whenever you’re asking someone to have a difficult conversation, it’s best that you kick things off. Once you’ve opened up, they’ll follow your lead.

Be Honest With Yourself

She pulled away because of work, because her friend just moved into town, because she just started training for a marathon.

You can make up any reason you’d like, but what’s the truth?

Hopefully, she told you how she really feels when you sat down and spoke with her.

But it’s more than possible that she’s holding back. That she wants to avoid conflict at all costs and isn’t sure whether she wants to end the relationship or not. So sure she tells you she’s just tired, but tired of what? You know her better than I do and have read the signs.

Be curious and willing to trust your partner, but also be aware of when her excuses amount to evidence that she just doesn’t want to be with you but is too afraid to pull the trigger. The quicker you get out of this relationship the sooner you’ll be able to invest in a relationship with a woman that truly wants to be with you.

What to do when she pulls away you ask? — MegaDate.

I admit it’s kind of a zen-like move.

Instead of directly focusing on the issue — your romantic interest pulling away — you’re indirectly addressing the issue.

To be clear, MegaDating is nothing more than dating around. By when I say dating around I want to be clear. I advise my clients to date multiple times a week even going so far as to stack dates.


Look most dudes are content to wait around for their dream woman to waltz into their lives, my clients aren’t. That’s why I create a dating blueprint designed to address their concerns in the most effective way I know how.

When you MD, you’re mining for dates. You’re tapping into all your social channels in order to find compatible women worth meeting in person.

For one, it cuts down the amount of time needed to find a woman worth your time. When you actively date, you’re living life on your own terms.

Lastly, it’s quite difficult to know which women aren’t worth your time if you’ve got nothing to compare them with. Imagine going to an Indian restaurant, ordering one thing, kind of liking it, and then ordering that same dish for the rest of your life. That’s what dating is when you’re not MegaDating. MD is like hitting up that restaurant thrice times a week and ordering something different every time.

So will MegaDating help you when she pulls away?

The dudes that date one person at a time are prone to cling. They put all their eggs in one basket and then freak out when they don’t all hatch. MD will lessen the blow should she opt to end the relationship. Knowing that there are other women out will imbue you with the strength not to smother her. Should you bombard her with texts the second she backs away, she’s guaranteed to ditch you. MegaDating teaches you to play it cool.


And if there’s anything I’ve learned both as a woman and a dating coach, it’s that cool always gets the girl.

Harness the Rejection Energy to Improve Yourself

You never have more potential than when you experience rejection.

As crummy as it feels, it has the power to fuel total transformation if you let it.

Rather than getting super sad (although that’s cool for a temporary time period), harness the rejection energy to help improve your diet, workouts, wardrobe, dating profiles, social media presence, etc.

I used to harness rejection energy by thinking to myself, “I’ll show them” and then I’d channel it into my workouts (ex: I’d run longer and faster), or I’d make my diet super healthy. I’d pay a lot more attention to my social media profiles, in case they ever crept on in, which in turn, helped me attract other people who were a better fit for me.

I read more books and listened to more podcasts and YouTube videos to improve myself in various areas. I became obsessed with my own self-development because I changed the rejection from “I’m not enough” to “I’ll show them how amazing I am.”

Harness the energy and use it to alchemize your life.

If you expressed yourself by communicating your feelings and listening to theirs, then you’re done communicating.

No need to keep following up to see where her head’s at. I understand the desire to feel in control but let’s be honest — you’re not. The more you try to be, the more stage-5 clinger you’re going to go.

That energy repels all. I know, I’ve tried it repeatedly and it NEVER F-ING WORKS.

So take my advice and do as I say not as I’ve done and halt communication once you’ve honestly expressed your stance and learned where they stood. Your absence will help them to make their own decision whereas your continued communication will only push them away. Don’t go stage-5 clinger by trying to keep communicating when you’ve already said your peace. Your silence will give her space and time to think about what she wants. She might shift her energy and come back, and she might not, but being a clinger and hitting her up all the time, always fails, so quit it.


Invest your energy into new relationships, new people, and a new strategy.

Social media is a lot of things.

It’s addicting, can make us depressed, can link up disparate people from across the world, and can also be used to make the women you’re dating more into you.

Leverage social media to demonstrate to her and others how valuable you truly are.

Post photos of you doing fun activities with friends. This demonstrates to her that you are popular, well-liked by others, and fun to be around. It shows her your life is “cool” and so are you.

Ask yourself, who does she want to be with? The guy that’s out and about living life or the dude whose major event of the week is Tuesday bowling with Gladys and the boys?

Giving her space while displaying your life’s highlights gives her the chance to creep on you on her own terms and helps her make decisions about whether she’d like to be a part of your life or not.

Worst case scenario, she doesn’t come around and you now have tons of social proof that the next w0man — who will be a better fit for you– can see and will make her super attracted to you. Social proof is incredibly powerful for building trust, credibility, and perceived value. Use it!

Stop waiting around for her to make a decision for you. Instead, put yourself in the driver’s seat by putting the plan we just outlined into action.

Look I totally understand that embracing change can be daunting. The romantic realm is often a lonely one, but it doesn’t have to be.

Book a new client 1-on-1 Zoom session me or one of my team members today to learn more about my group coaching program, private coaching program, and matchmaking services. We’re here to help you reach your dating and relationship goals! 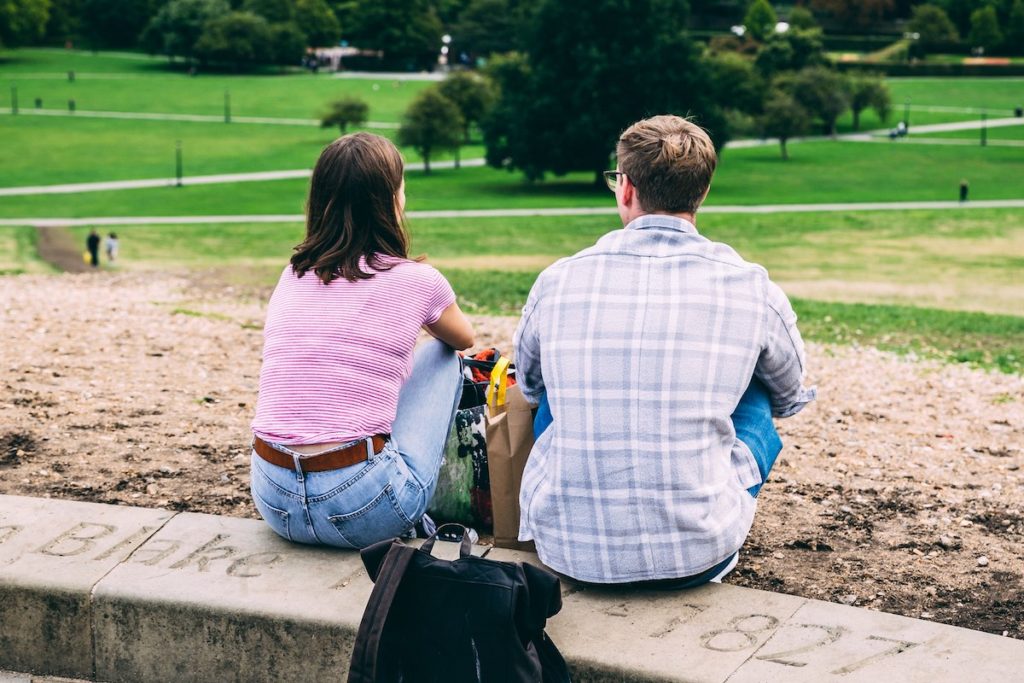 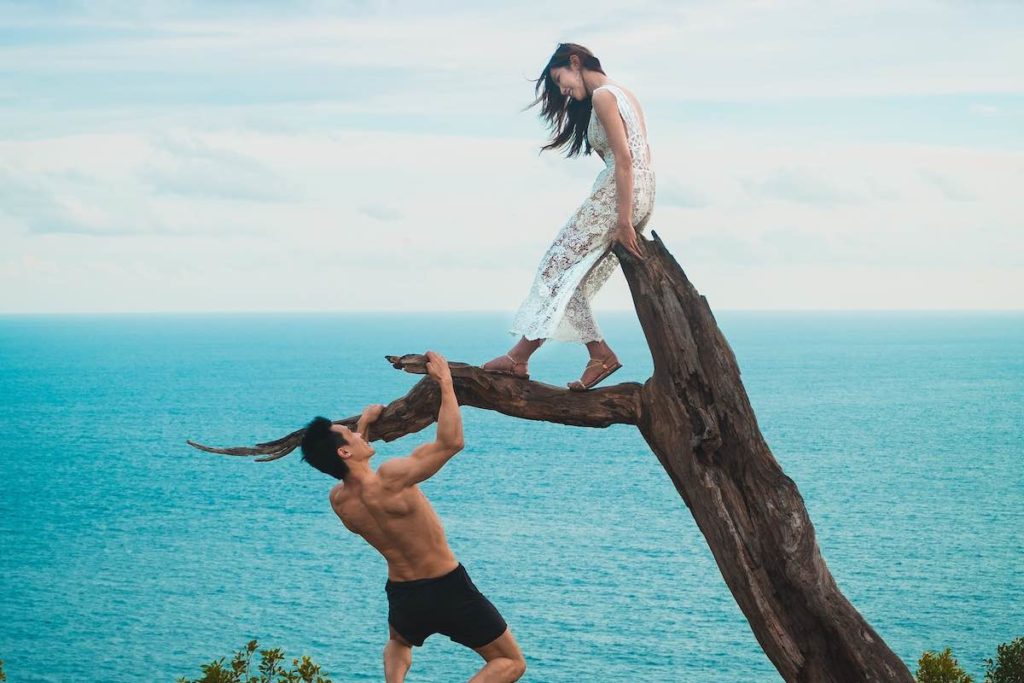