You’d think nowadays that dating would be easy (if you take the pandemic out of the equation).

I mean you’ve got a million different resources to turn to, people are more receptive to dating long-distance and dating outside of one’s race than ever before.

It turns out that this is a complex question. Lower wages, more forms of entertainment, and tech all play a pretty big role in the sex decline that has seen millennials having less sex now than their parents had at their age.

Which is super weird, because back then, our parents didn’t really have dating apps or matchmakers to rely on.

So if the goal is to have sex and of course ultimately a partner, how can you use the dating resources you have at your disposal to help you get there.

To figure out not only how to leverage these two to your advantage but also figure out which one is best for you let’s break them down. But first, a word on matchmakers.

All matchmakers have the same goal – to set their clients up with compatible singles.

But just because they all have the same goal doesn’t mean they’re all created equal.

Ya see, like dating apps, not all matchmakers function in the same way.

Some matchmakers are still hung up on the ways of old. They use limited databases and recycle clients until a match is made. This is old school and doesn’t work. Then there’s the new school.


The new school involves deploying a team of e-recruiters to scour the web in search for women near you. They are guided by intimate client portfolios that clearly indicate the type of woman the client is compatible with. Once found they are contacted, interviewed, and a date is set up.

To be clear, emlovz is a new-school matchmaker.

When we refer to matchmakers throughout this article we’re referring to those that rely on new technology to help them successfully play the role of cupid.

Matchmakers Will Save You Time

Let’s just say you opt to lean completely on a matchmaker instead of dating apps.

If this is the case, instead of pouring six hours a week into finding dates, you can recline and kick back as your matchmaker does it for you.

A new school matchmaker like emlovz will begin your matchmaking process with a 50-minute onboarding call. It’s during this call that your matchmaker will learn about who you are along with your dating preferences. After this onboarding call your job is done. It’s now up to your emlovz matchmaker and our recruiting team to find you compatible women worth dating.

So to be clear we’re comparing the 50 minutes you’d spend with your matchmaker to the endless hours you’d spend every week swiping on Tinder.

Matchmakers Act As Your Personal Assistant

Your matchmaker will work for you around the clock.

While you’re at the gym or work they’re combing through thousands of potential date candidates trying to find you a handful that are highly compatible.

Before and after dates a good matchmaker — like those at emlovz — will provide you with pre and post-date coaching. It’s this coaching that will ensure that you don’t act a fool in front of the person of your dreams.


Quality matchmakers will also shoot you emails and texts providing quality advice and reminders before your next date.

Matchmakers Will Coach You (Some of Them)

What’s the point in setting you up on the date of your dreams only to have you lack of dating skills turn it into a nightmare?

The very best matchmakers will coach you through the dating process. Look you’re being set up to fail if you’re sent to the plate with no idea of how to swing a bat. We’ll teach you what you need to know in order to be a successful dater.

Before a date, we’ll teach you how to escalate tension, use a TDL, set up a 2nd date, etc. After we’ll go back and dissect what worked and didn’t work on your most recent date.

If that still isn’t to your liking, we offer a 3 month private or group coaching programs that you can add to your matchmaking program.

Dating apps don’t coach you on how to woo your date or how to setup a first date with your match.

The right matchmaker, like us here at emlovz, is a full-service solution.

Matchmakers Will Dig For You

When interviewing matchmakers, ask if they use a recruiting team to find you compatible dates.

This is a crucial question and here’s why.

Most matchmakers will pluck matches out of a limited pool of singles seemingly at random. They will recycle singles until they are single no more. That just doesn’t work. Such a limited database can only ever offer you so many quality romantic candidates.


Modern matchmakers use e-recruiting teams paired with a personal matchmaker that comb through social media websites in order to find you compatible matches.

Dating apps on the other hand may have bottomless buckets of singles to choose from. The issue here is that you’ll have to do the digging yourself. Believe it or not dating apps aren’t designed to quickly find you a long term relationship. Rather they’re designed to addict you to the app. Should you find a partner, they lose a customer.

That’s just not the case for matchmakers.

Matchmakers Will Vouch For You

To effectively set you up, we first scour the web and create a list of 500-1,000 potential dates. From there we further weed out less compatible mates until we’re left with about 25-75 potential matches for you.

It’s here that we interview them. We ask about their job, hobbies, past relationships, aspirations, and other aspects of their lives that will help us ascertain how compatible they are with you. All the while during the interview process we’ll talk you up. Obviously, they’ll be asking about this mystery client. We’ll stoke the fire and get them excited about meeting you.

A dating app won’t weed out eligible matches that you won’t vibe with. They won’t interview them beforehand or get them jazzed about meeting you.

We all know how hard it is to get a response on a dating app.

A big-time dating app recently carried out research on response rates. They found that a man that sends out 13 messages only has a 50% chance of receiving a response. A woman only needs to send 5. For there to be a 90% chance that a man receives a response he’ll need to send out 58 messages. A woman need only send 13.

Just because you get a match doesn’t mean they want to talk to you. The odds that you’ll get a message back, converse, and then go on a date are minuscule. I guess that’s why only 50% of Tinder users have ever gone on a date with a match before.

Everyone gets hit up via a dating app. But how many single men and women are being contacted by a matchmaker?


When we contact a single person and tell them we’d like to interview them to be set up on a date, 70% of the people respond and message back in the affirmative.

A dating app will never match our 70% response rate.

Dating Apps Will Save You Money

There’s no question about it – dating apps are cheaper than matchmakers.

Dating apps like Hinge, Bumble, and Tinder all have free versions that many a user is content swiping through.

A matchmaker on the other hand will run you a few thousand.

Though I should add that when you date through an app, you’ll most likely date women that aren’t as compatible and as a result will go on more dates with women you see no future with. The act of prolifically dating women you’re not compatible with could lead to dishing out an exorbitant amount of money on dates that end up going nowhere. Ultimately, a matchmaker might be the cheaper option if you take this into account.

Everyone uses them, they’re located in any app store, and you can open up Tinder with a click of a button.

Not only this, but meeting people through dating apps has become more en vogue and acceptable than ever before.

A 2017 Stanford study found that in 2017, 39% of heterosexual couples met their partner online.

It’s difficult to imagine dating nowadays without the use of a trusty dating app. They’re so commonplace that 30% of adult Americans have reported using them at one time or another.


They’re free, intuitive, and occasionally yield good results. Matchmakers on the other hand are still novel. That being said, just because they’re less common doesn’t mean they’re worse than dating apps. Pew Research reports that while 30% of Americans have swiped right, 42% of them have reported that their overall experience with dating apps have been negative.

Dating Apps Are For The Beautiful or Photoshopped

Dating apps are accessible in the sense that anyone can use them.

But is that really enough?

If you’re a single person you won’t be content by receiving mere access to swipe right or left on singles near you. You want IRL access to these people. You want to match, converse, and ultimately meet them in the real world. Yet sadly, too many less than perfect singles don’t have this ability.

You’re probably not the most attractive person on your dating app. And you’re probably thinking that’s fine. But here’s the thing. If your desirability is a 6/10 you’re not getting anywhere near the number of matches you deserve (if you’re a man). This is because the top 10% of guys receive a disproportionate amount of right swipes.

Ya see every major dating app is dealing with a dearth of women. Apps like Tinder and Bumble have userbases that are comprised of more than 85% men. This means that women tend to swipe for men that are out of their league, simply because they can. Women that are moderately desirable are no longer wasting swipes on men that are equally as attractive. They just don’t have to.

This is why dating apps don’t work for so many single guys in particular. The competition is just too much for them.

You’re Judged In A Matter of Seconds

On average men and women, spend no more than 7 seconds looking at profile before swiping left or right.

They look at a photo or two, read a line from your bio and then make a decision. This is an incredibly shallow way to evaluate a potential mate.

Dating apps reduce you to playing cards in a deck. It gameifies dating.

The two are clearly widely different.

What we’ve learned over the years is the matchmaking is without a doubt the more effective of the two. That being said, when single both methods should be used on your romantic journey.

When you consult with emlovz we’ll not only matchmake for you, but we’ll coach you along the way.

Book a 1-on-1 Zoom session with me or one of my colleagues today to learn how we can help you reach your relationship goals with our dating services.

When we matchmake for you we’ll deploy a team of e-recruiters to help find your new long term relationship. Before and after each date we’ll sit down and talk about how you can make the most of your upcoming date and the steps you can take to improve past romantic blunders.

Alternatively, if you’d rather use dating apps, we welcome you to join our private or group coaching program to assure you reach your goals in 90 days. 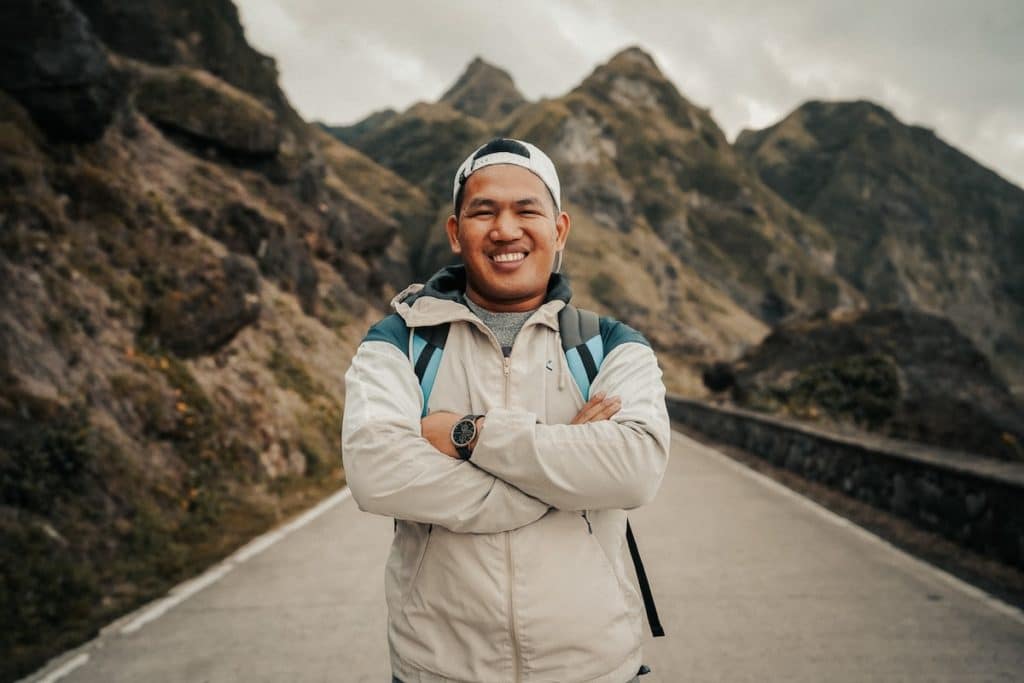 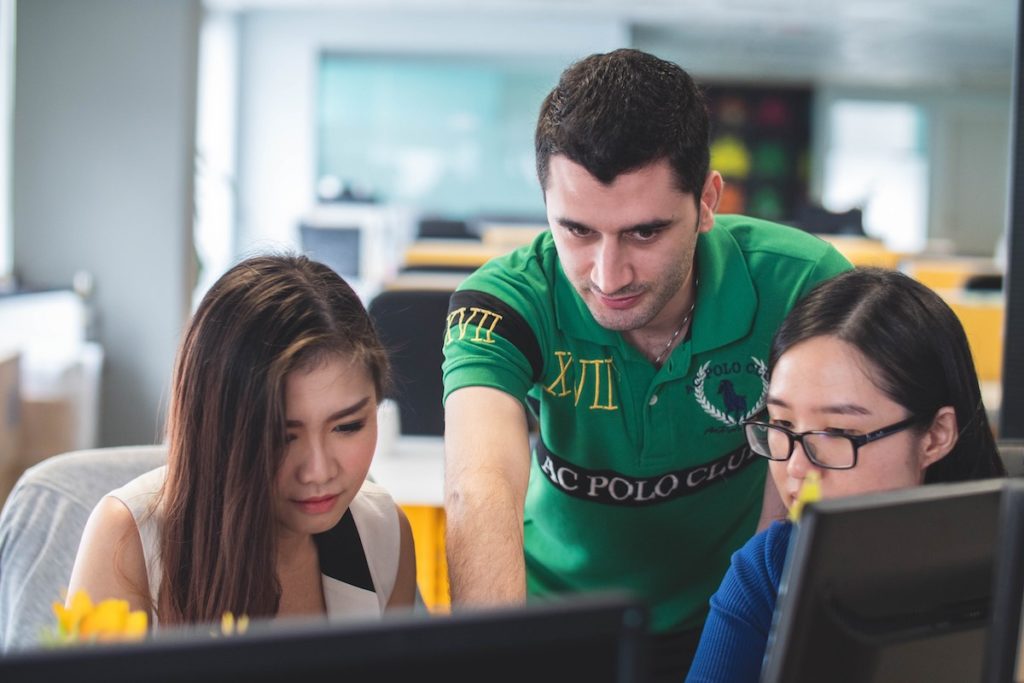 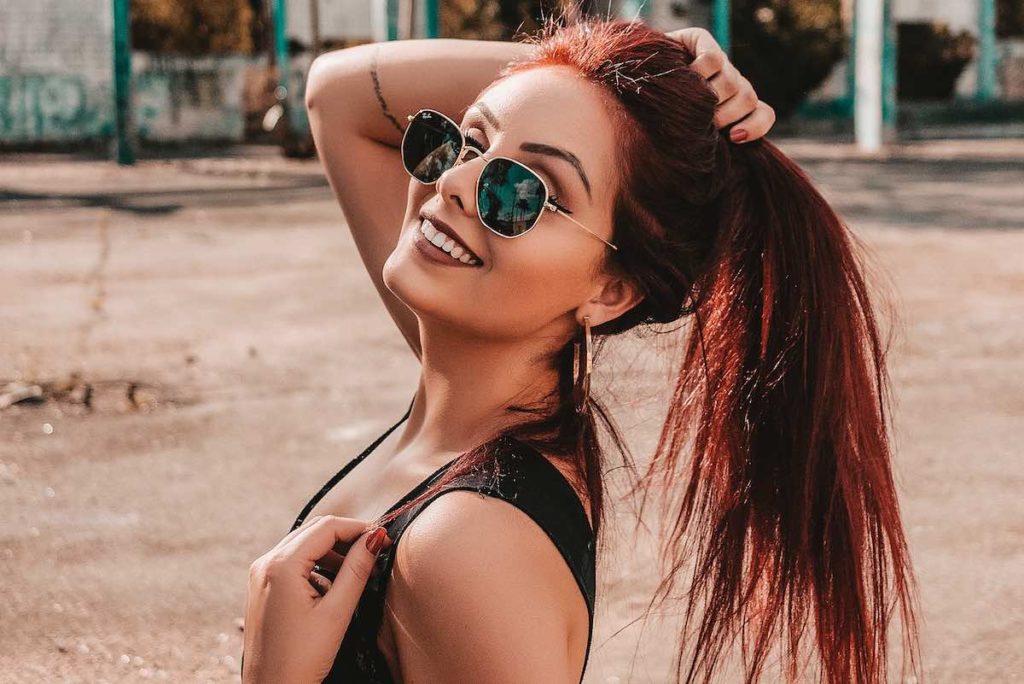 25 Signs She Wants You to Notice Her