Ahh Toronto, that Canadian city that Americans always think of as theirs but in reality is way too cool for the U.S.

This is the city we’ll put under our dating magnifying glass today.

Popularized by Vince Carter and Drake, Toronto is one of the most dynamic cities in North America, yet only recently has it received the attention it’s deserved.


Drake’s rise to fame and the recent achievements of the Raptors have got millions of North Americans talking about The 6.

When it comes to dating in Toronto, the city certainly lives up to the hype.

A favorable gender ratio and an abundance of entertainment options are secondary ingredients when it comes to a thriving dating life. They don’t account for much when you can’t score a date.

That’s why in addition to digging into Toronto’s dating scene we’ll also detail the best dating coaches and matchmakers in the area.

Toronto By The Numbers

How quality of a singles city a municipality is can largely be defined by its gender ratio.

All and all Toronto has a pretty even gender ratio. However, if we look closer we see a delightful disparity that favors single men.

Those numbers change however if we look at the 20-something demographic. It’s here that men outnumber women by about 4,000. Such a minor difference shouldn’t lead to women being pickier about who they end up with like we’d see in male-dominated cities such as San Francisco and San Jose.


And it’s not like that difference can’t drastically change in a matter of years. Toronto is the fastest-growing city in all of Canada and the U.S. Last year it added 127,575 to the metro area. That’s 60,000 more people than the country’s second fastest-growing city of Montreal.

There are two reasons for such an increase.

One is Canada’s favorable immigration policy. More and more immigrants are migrating to Canada instead of the US (for obvious reasons). Most immigrants choose to relocate to Toronto. Of the aforementioned new residents 45,742 of which were immigrants.

Homogeneity is dull, especially when it comes to dating.

Luckily, Toronto is the most multicultural city in the world — at least that’s what BBC Radio said in 2016.

It’s been given this title mostly because 51% of the population is foreign-born. In the Toronto area, you’ll find people from 250 ethnicities speaking more than 170 languages. 16 countries have a diaspora of over 50,000 people in the Toronto area. The most robust presence comes from China, India, and the Philippines. The city also has more than 100,000 immigrants from the UK, Italy, Jamaica, and Pakistan.

Canada but in particular, Toronto is widely known as a super tolerant city that welcomes and finds space for foreigners regardless of their country of birth.

What does that mean when it comes to dating?

In 2011, half of the marriages that year were between someone born in Canada and a foreigner. This number is expected to keep rising as more immigrants enter the country and as dating perspectives continue to become more progressive and accepting.

While you may find it difficult to penetrate certain ethnic groups, you’ll have no better opportunity to date someone from another ethnicity or country than when living in Toronto.


Here diversity reigns supreme and it isn’t odd at all to see an interracial couple walking down the streets, taking their kids to school, or at a Raptors game.

Many a media outlet has ranked Toronto as one of the best singles cities in Canada.

It continues to get high ranks because of its many entertainment options.

Before we write out a litany of awesome dates ideas for you and your future date, let me explain how the initial dating period works, date by date.

Well if you’re doing it right and MegaDating — more on that later — that means you’re dating multiple women a week. Look you don’t have the time, funds, or patience to blow big money on every first date. Only invest in a woman once you know she’s a match. Why buy a 3-course meal for some Tinder chick that effectively is a complete stranger?

With that in mind some awesome first date ideas in the Toronto area are:

Second dates should be 100% and active.

Look some ladies are just looking for a quick bite to eat and a decent conversation — nothing more. To weed these ladies out you’ll want the first two dates to be relatively cheap. A date requiring zero money being spent almost has to take place outdoors and be active.

Here are three entertaining ideas that satisfy those requirements:

Look if you absolutely have to spend money go ahead. If the dates going well and you want to keep it going by getting a drink somewhere, fine. Just don’t go into a date planning on spending big.


If she’s special enough to make it to a third date it’s time to open up your wallet. The financial and time restriction are finally lifted and it’s just up to you to enjoy yourself with a lady you’re clearly into. When planning the date it’s important that you pick a date spot that’s close-ish to your house. By the time a third date rolls around you should be planning on getting buns.

Keep that in mind when planning a romantic third date:

Feel free to mix, match, and combine third date ideas. It’s most likely that you’ll be taking her out on a Friday or Saturday night. She may not be content with merely dining out and then heading home at 9 p.m. Make sure you have multiple spots you want to hit, all of which are more or less close to your abode.

Regardless of how you feel about them, dating apps are in and they will be for the foreseeable future.

39% of all heterosexual couples that got together in 2017 did so with the help of a dating app. They are now the most popular way to meet new singles.

That being said, while on the hunt for love in Toronto, it’s wise to be on five dating apps. This is the magic number. No, you don’t have to spend hour on them every day. Treating online dating like a second job will lead you to detest it.

The reason you should be on Bumble, Hinge, Tinder, Match, and another app of your choice is because each app caters to different users. Match is more so for oldies while Tinder is for those looking to shag and run.

With Match being the most popular dating app in Canada it might be best to start your journey off there.

There’s really only one Toronto matchmaker and dating coach that is worth teaming up with.

They can coach you, matchmake for you, and drastically change your dating life around for the better.

That’s right if you haven’t made the connection yet, I’m referring to us.

You didn’t think I was gonna pen a 2,000-word article about dating without mentioning our services did you?

Sure we’re biased, but we believe that we deserve to be on a list of the dating coaches and matchmakers in Toronto.

I say this because we’re unlike any other dating agency.

We help clients via private coaching, group coaching, and, through our matchmaking services (watch my webinar here to learn more). Let’s break them down.

When it comes to private coaching each loveless gent will be trained to become a master of dating through 12, 1-on-1 Zoom sessions over the course of 12 weeks. When enrolled in this program we’ll put you through the romantic gauntlet.

Our curriculum will teach you how to seamlessly master and transition from one courting phase to the next with the end goal of finding and building a romantic relationship with a woman worthy of your affection. The chief goal of this program is to turn you into a proficient MegaDater. What this means is that you’ll learn the ins and outs of mining for dates and dating multiple women simultaneously. Can you imagine dating multiple women a week? We’ll show you how to do it.

Then there are our group sessions — our DateHack coaching program.

Going it alone can be a daunting process. When you enroll in DateHack you and a cohort of 6-12 men will embark on this journey together. In the program’s 12 ninety minute weekly sessions, you’ll learn how to approach women both IRL and online, how to use a TDL to ask a woman out, and of course how to MegaDate. Throughout the process you’ll be supported by a group of men that’s in the same exact position you are.

Along with teaching you how to wine and dine the ladies we’ll also set you up with 15 highly compatible women over the course of 3-6 months.

Unlike other Toronto matchmakers, we don’t pull women out of an already limited database. We’ll never recycle a woman or set you up with someone we don’t think you’re compatible with.

We start by setting our team of in-person and e-recruiters loose as they source approximately 1,000 candidates. From this initial list we weed away the less desirable candidates until we have a list of 50-75 women. From there we’ll individually interview each one until we’ve narrowed the list down to 15 women.

These options are why emlovz is the best dating agency in Toronto.

Now it’s time to get dating in Toronto!

Book a 1-on-1 Zoom new client session today so that we can learn more about each other. 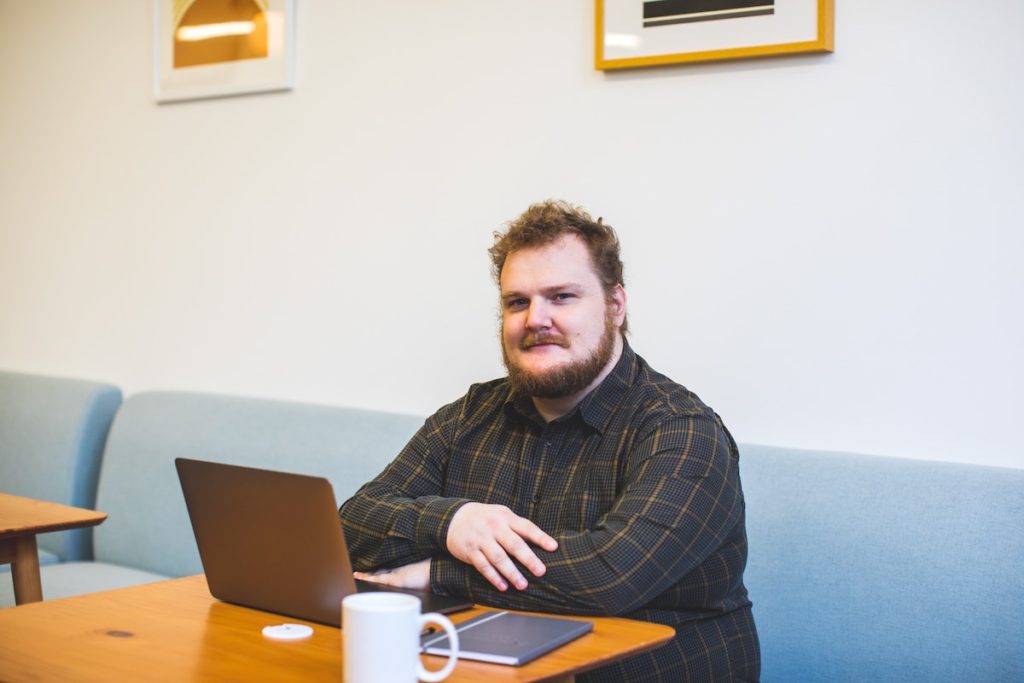 Should I Lose Weight Before Dating? 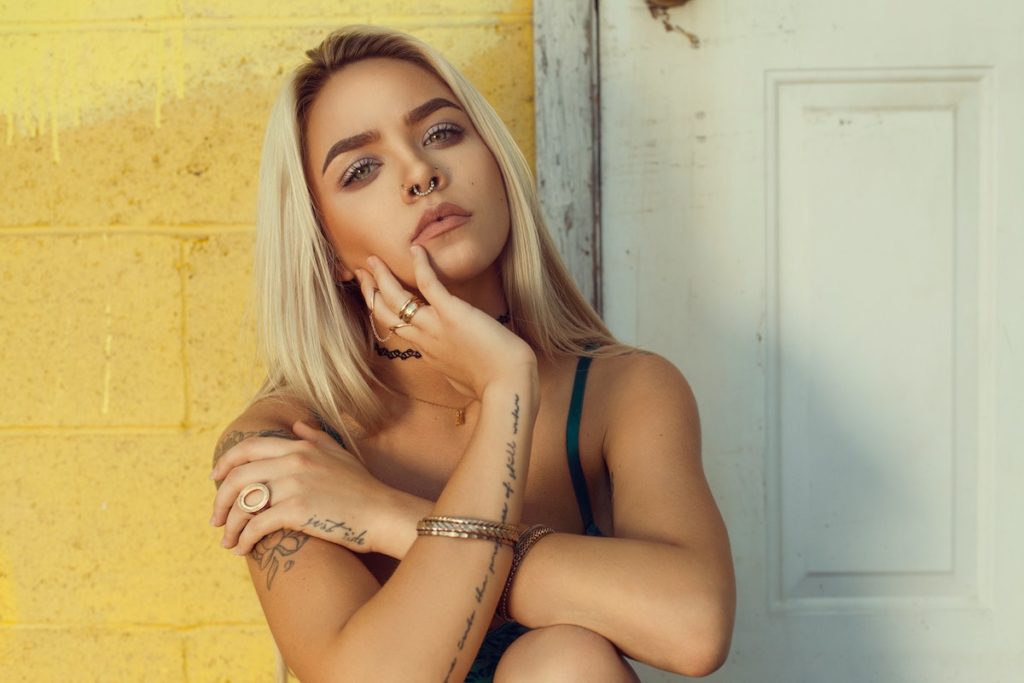 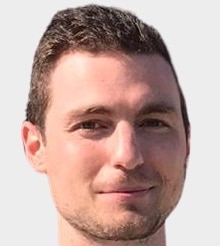 What The Ladies of IG Think About Dating During The Pandemic

Your Guide to Dating in Madison Wi (Wisconsin)

Should I Lose Weight Before Dating?